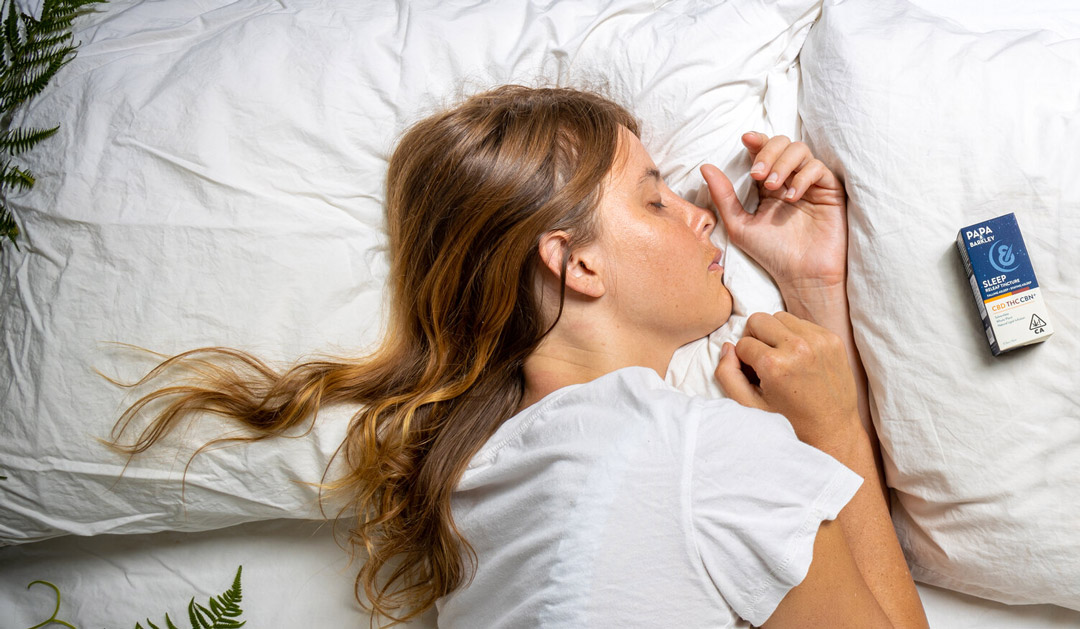 Best CBN Products for Sleep In 2022

Are you curious about CBN and some of the best CBN products for sleep?
Then you’ve come to the right place!

If you’re getting into cannabinoids and interested in learning more about them, then you’ll naturally progress away from the two major cannabinoids, CBD and THC, and start looking at minor cannabinoids such as CBN.

In the following article, we’ll take a closer look at CBN, what it is, how it’s different from CBD, some of the potential benefits of CBN, and five of the best CBN products on the market.

Cannabinol (CBN) is considered to be a minor cannabinoid. However, there are over 100 different cannabinoids found in the cannabis sativa plant, with CBD and THC being the two major cannabinoids and also the most widely studied.

Unlike THC, CBN is non-psychoactive. What does that mean? It means that CBN isn’t going to get you high in any way. Although CBD and CBN interact with the same receptors in your body, they both do it in different ways and deliver different effects.

It’s no surprise that CBD is more well-known than CBN. CBD is easier to produce, found in more abundant quantities within the plant itself, and has been the subject of more trials for longer. However, the popularity of cannabinoids is fueling more research into minor cannabinoids, and CBN is starting to gain a lot of traction.

What’s the Difference Between CBD and CBN?

As we said above, CBD is more popular than CBN. Almost all CBD products are derived from hemp and are legal in most states thanks to the 2018 US Farm Bill. CBN produced from legally grown hemp, which contains less than 0.3% THC, is also legal in most states.

You’ll find CBD in a huge variety of food products, health and wellness products, and beauty products. People utilize CBD for its potential to assist with anxiety, chronic pain, insomnia, and other medical conditions.

CBN products are not as readily available as CBD products, but they are gaining traction. As it gains more popularity and manufacturing processes improve, we’ll see more CBN products entering the market. However, CBN is gaining popularity because of its potential benefits for sleep and pain management issues.

AS THC molecules in the plant break down, they form less potent cannabinoids such as CBN.

Although studies are limited, some of the potential benefits of CBN include the following:

While the results of these studies were promising, more clinical trials and research is needed before any health, or medicinal claims can be made. However, preliminary research looks positive. Introducing Smokiez Blueberry: The newest member of the Smokiez edible line featuring a 2:1 THC:CBN live resin fruit chew gummy that is the perfect addition to help you drift away at night! The curing process for CBN produces higher levels of sleep-inducing terpenes, such as Myrcene and Pinene. These, paired with terpenes in Smokiez single-strain Indica live resin, create the perfect combo to not only help you drift into sleep quickly, but also stay asleep throughout the night!

“This is the best tasting gummy that I have every tasted! It’s fast acting, and helps me unwind into sleep at the end of the day.”
Explore Smokiez edibles

If you are looking to fall asleep, stay asleep and wake up feeling refreshed, Papa & Barkley’s CBN Sleep Relief Oil is a must try.  Papa & Barkley’s natural CBN oil sleep tincture delivers the perfect combination of CBD, THC, and CBN that promotes relaxation, comfort and a calming sedative effect to help aid for a better night’s sleep. “These little gems get me in the perfect mindset to drift right off, it’s like a warm bath and a massage.”

Experience the power of the Ensemble Effect to harmonize your Endocannabinoid System with Mary’s new FORMULA patch.  This hand-selected cannabinoid and terpene ratio takes advantage of the accurate and discrete delivery method of our award-winning transdermal patch.  Adhere to a venous area of the skin for maximum wellness benefits lasting 8-12 hours. Kiva’s Midnight Mint cannabis infused dark chocolate contains a relaxing combination of 5MG of THC and 2MG of CBN per piece for a soothing night’s sleep that will leave you feeling both revitalized and rejuvenated. The 100mg Midnight Mint consists of rich dark chocolate with a crisp mint flavor sprinkled with cacao nibs. It is like enjoying a bowl of mint chocolate ice cream at the end of the night. Yum. By combining premium, sustainably-sourced cacao with clean, pure cold water hash, Kiva sets out to raise the bar for cannabis confections. Today, they are proud to say that their products are the most trusted, most recommended edibles available.

“Highly recommend if you want to sleep like a rock!”
Explore Kiva

Keef Life H2O only has 5 calories and less than 1 G of sugar per serving, making it a great health conscious choice and an even better cannabis infused drink that may help you get to bed.

The flavor of this 100mg THC cannabis drink is Blueberry Lemon. It’s infused with an Indica dominant CO2 oil with an addition of CBN cannabinoids that promotes a more relaxing effect. The perfect thirst quencher at the end of the day. As the name suggests, Lights Out are designed to promote more sleep and assist you in getting the sleep you need. These tablets contain various cannabinoids, including CBN, THC, Delta-8 THC, THCa, and CBG.

“I’m naturally wired and a bit anxious, so sleeping is always a struggle. Whether it’s falling asleep or staying asleep, nights can be a challenge. Took half of a LIGHTS OUT Protab+ the other evening, and I might have had the best night’s sleep ever.”
Explore Protab

If you take a look at a few of our favorite cannabis infused CBN products, you’ll notice that we have chosen a variety of different delivery methods, including gummies, tablets, patches, drinks, chocolate and tinctures. The versatility of CBN and other cannabinoids means that you can choose from a variety of different delivery methods which suit your personal choice and lifestyle.

Where can you buy CBN Products in California?

You can purchase and learn more about all of these CBN products at any Urbn Leaf San Diego cannabis dispensaries as well as any of our NorCal locations in Grover Beach, Seaside or San Jose.

You can also shop all of our CBN products online and see our staff picks below:

There you go! Everything that you need to know about CBN, including how it stacks up against CBD, the potential benefits of CBN, and some of the best CBN products on the market! If you have any questions about CBN or would like to learn more, then please don’t hesitate to reach out and contact us directly.

Our feel good family is standing by to assist you with your CBN questions and loves to interact with our customers to ensure that they’re getting only the best cannabis experience.